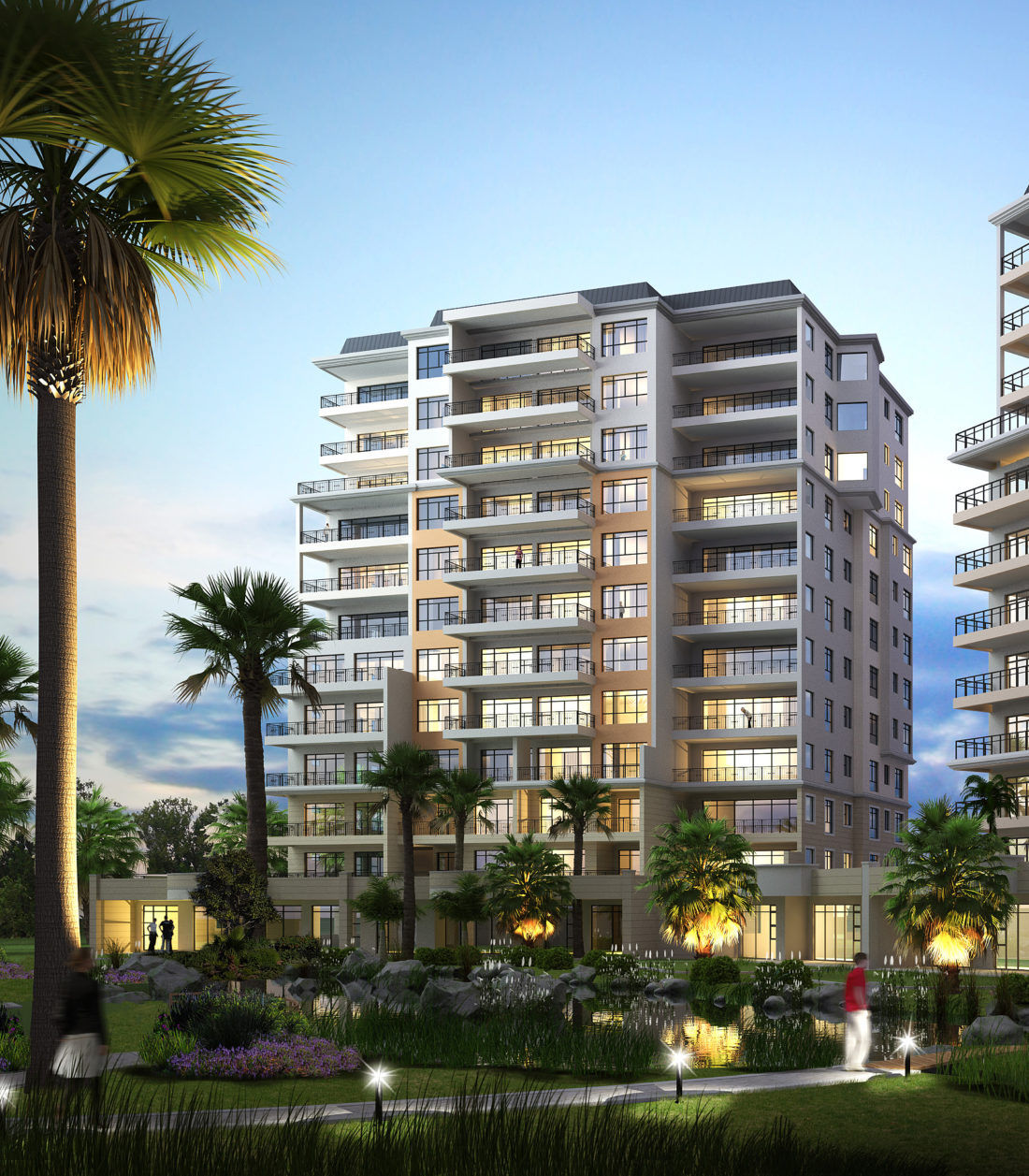 Palme Vue, the sixth and final block of apartments in the Oasis Luxury Retirement Resort at Century City, will be launched on 11 May at the Oasis Club.

The 11-storey building comprising 42 one, two and three bedroom apartments is being developed in a joint venture by the Rabie Property Group and a Harries Projects consortium at a cost of R270 million.

It follows the success of Palm Brook, the fifth block in the resort currently under construction where 44 of the 52 apartments have been sold seven months ahead of completion.

Rabie director Colin Green said Palme Vue would comprise fewer but on average larger apartments than what had been offered in previous blocks to meet strong demand for even more spacious units.

Apartments, which range in size from 94 square metres to 247 square metres, including terraces, are priced from R3, 4 million to R9 950 000, VAT inclusive. No transfer duty is payable.

There are three penthouses and two garden apartments, the latter of which will have exclusive use areas fronting on to a large expanse of water and the magnificently landscaped communal gardens. All the apartments have terraces or balconies ranging in size from 19 square metres to 77 square metres.

As with the three most recent blocks (Palme d’Or, Palm Royale and Palm Brook), Palme Vue will be linked to the extensive Oasis Club facilities by an undercover passage. A satellite recreational room is also planned to add to the communal facilities for Oasis residents and their guests in the new garden court.

Construction is due to start in May / June this year with transfer anticipated in the third quarter of 2018.

Colin Green, a director of Rabie, said that as they were now nearing the end of the development phase of Oasis Retirement Resort, pre-launch interest in the last block had been very strong as people realise that this is their last opportunity to acquire a luxury apartment directly from the developer.

“In fact we have more potential buyers on the waiting list than we have apartments available so we are expecting sales to be brisk,” said Green.

The resort includes a magnificent club house which is currently being extended and which boasts among other things a restaurant and bar, a 25m indoor heated pool,  a massage room, sauna, steam room, gym, a library, lounge areas, a bridge room, billiard room, an art studio and an additional multi-purpose recreational/entertainment venue with a coffee bar and a covered patio overlooking a picturesque pond and beautifully landscaped gardens.

Also completed in phase one is the 110 bed Oasis Care Centre which offers hotel-style assisted living apartments, frail care and a specialised Alzheimer’s/Dementia unit as well as physical rehabilitation. Currently under construction is the Oasis Medical Support Centre which will provide homecare staff and administration facilities as well as a doctors’ surgery and as such will significantly expand the level of care services on offer at Oasis.

Green said besides all the exceptional facilities provided at Oasis, its location in Century City which is also home to other world class amenities including Intaka Island wetlands reserve,  Canal Walk Shopping Centre and the MyCiTi bus service, all added to its appeal as did the well managed precinct’s high quality of safety and security and modern infrastructure.