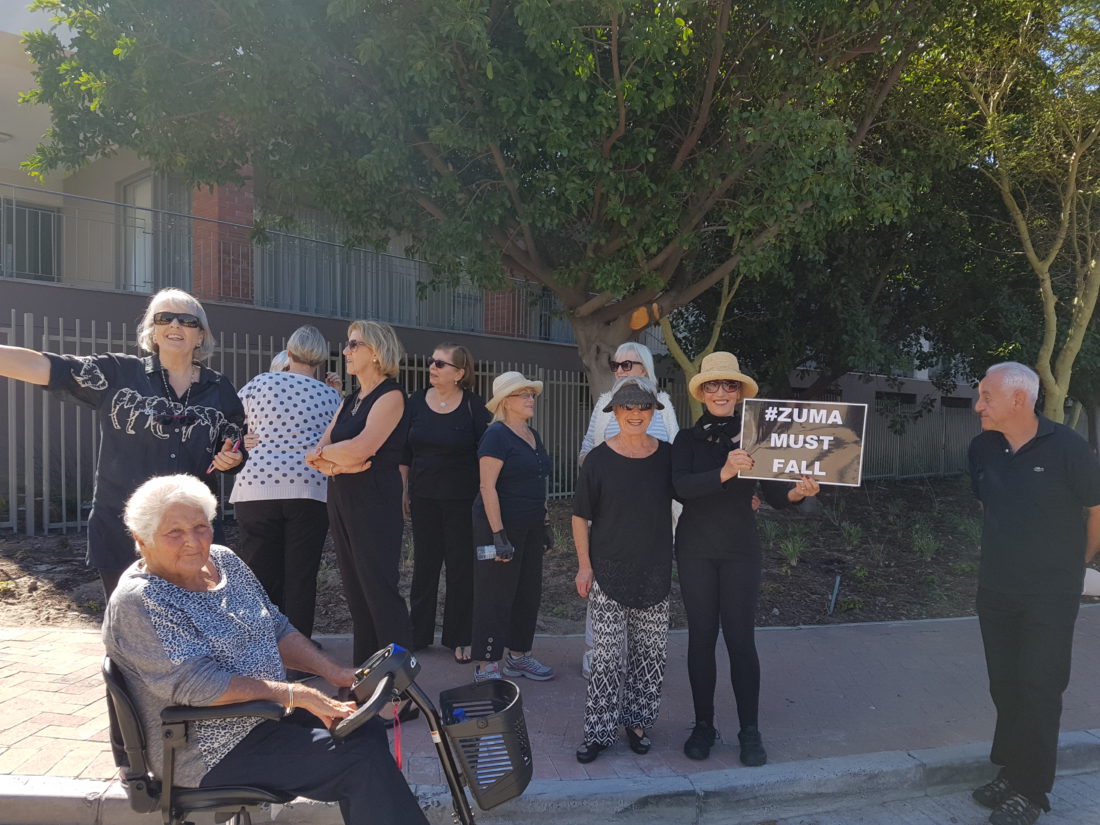 Oasis family march- A few Oasis residents took to the streets of Century City in support of the National Anti Zuma March, which took place on Friday 7 April 2017.

The residents joined many South Africans who came out in numbers to unite.

It was a peaceful protest; drivers passing by hooted in agreement.