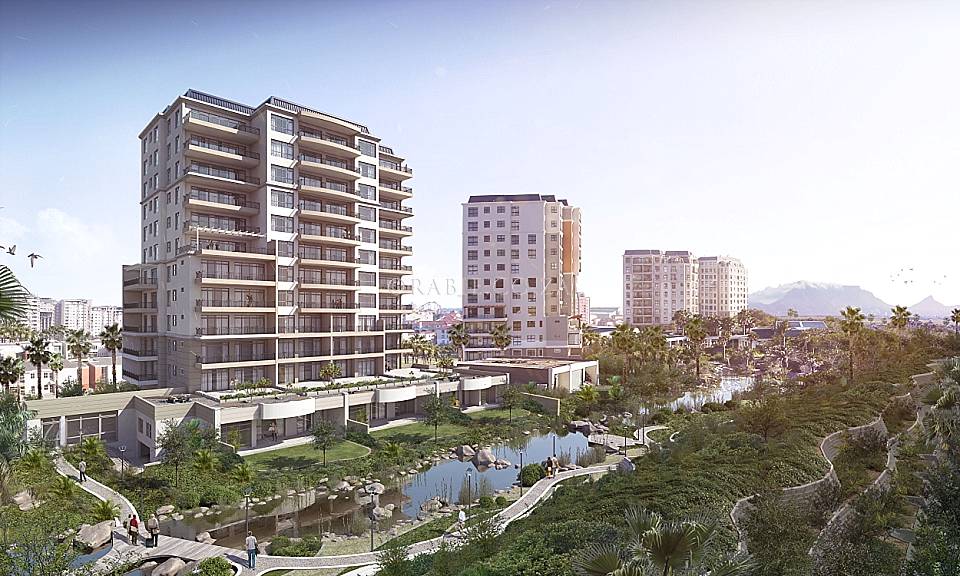 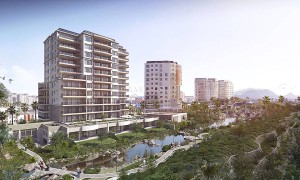 Palme d’Or, the fourth apartment block in the Oasis Luxury Retirement Resort at Century City, is to be launched shortly.

Meaning Golden Palm and named after the highest prize awarded at the Cannes Film Festival, Palme d’Or will be “unashamedly upmarket”, according to Colin Green a director of the developer, the Oasis Joint Venture which comprises the Rabie Property Group and a Harries Projects consortium.

Priced from R2 650 000 to R8 500 000, VAT inclusive and with no transfer duty payable, all apartments will have basement parking and most of them will also have a store-room included in the price.

To be developed at a cost of R220million, the 11-storey Palme d’Or will be served by two lifts and a 24 hour dedicated concierge.

Its construction follows the successful completion in July of the third apartment block in the development, Palm Royale, which comprises 58 apartments over 11 storeys.

The first two phases of the Oasis development consisted of Palm Springs and Palm Grove apartment blocks with 174 units in total as well as Club House, of which all residents automatically enjoy membership. The facilities include a 25m indoor heated pool where regular water aerobics classes are given by a qualified teacher, a massage room, sauna, steam room, fully equipped gym, a library, lounge areas, a restaurant, bar, bridge room, billiard room and a new 200 seater multi-purpose recreational/entertainment venue with a patio overlooking ponds and beautiful landscaped gardens which were extended with the opening of Palm Royale and will be further extended with Palme d’Or.

Also completed in phase one is the Oasis Care Centre which offers hotel-style assisted living apartments, frail care and a specialised Alzheimer’s/Dementia unit as well as physical rehabilitation.

As with Palm Royale, Palme d’Or will be linked undercover to the Oasis Club.

Green said besides all the exceptional facilities provided at Oasis, its location in Century City put it within easy walking distance of other world class amenities including the Intaka Island wetlands reserve and Canal Walk Shopping Centre.

“In addition, Century City’s pristine environment, beautiful landscaping, its high level of safety and security, its modern infrastructure and MyCiti bus service and so forth provide further appeal to purchasers.”

Construction of Palme d’Or is due to start in January 2015 with occupation scheduled for June 2016.

Green said there had been strong pre-launch interest and there was a growing list of potential purchasers who would be invited to an invitation only pre-launch function on Thursday 30 October ahead of the public launch on the weekend.